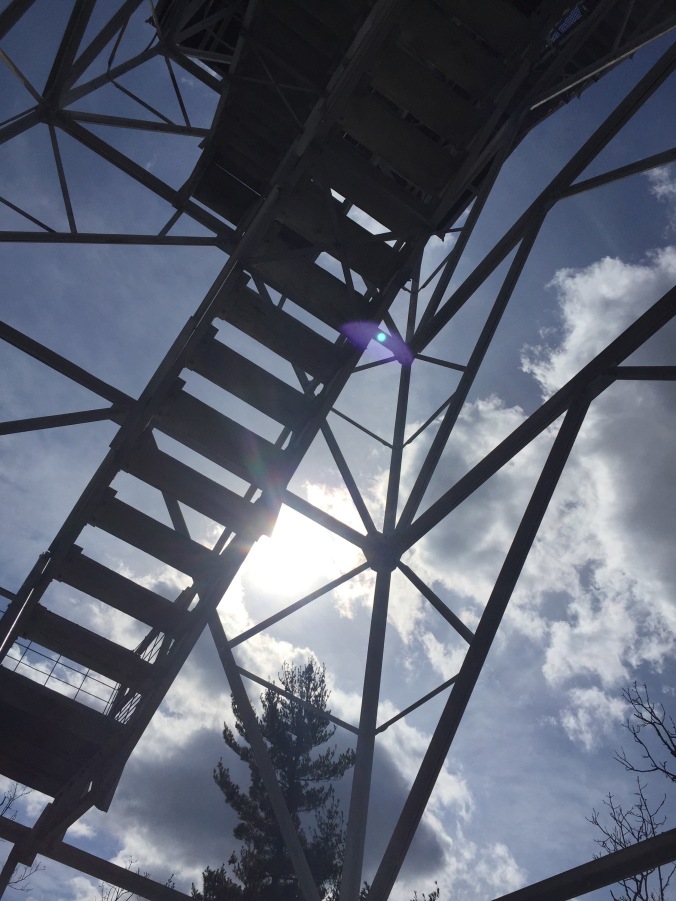 Have you ever been traveling down life’s highway, then bam, a detour appeared that you were not expecting?

Sometimes it seems like somebody forgot to put up the “merge right” sign and instantly all we see are the orange cones and only one lane ahead.

Life does that. It throws things into our paths at moments when we are happily cruising right along. Then, a flagger suddenly appears and ushers us off some exit we never even knew existed.

Honestly, I can say that over the course of my life so far, I’ve skirted through most of those “towns.” Fair enough, I suppose, I mean, life is essentially a series of learning journeys.

I’ve muddled my way through some pretty narrow roads full of briars and downed trees. In those times of trials, those bumps were either small enough to get over, or I ended up having enough room to get turned around.

You may remember that last September I found myself unexpectedly in the hospital. Since then, I feel like I’ve been shoved into  some old ghost town on an old movie set called “Medical Mystery Town”.

Been there? It’s where you know something isn’t quite right, but no matter how many doctors offices you sit in, they don’t seem to have any answers. Guesses, yes. Answers? Ummmm. No.

It resembles some poor soul walking down a dirt street on that old western movie set with a heavy weight attached to his ankle. I get what that must be like. Carrying around “I don’t knows”  gets heavy.

I thought long and hard about writing about this. I’ve sat on it a looooong time. I wasn’t going to and I’ve kept it pretty quiet. But, I’ve changed my mind.

Last night I went to a place where I can let my hair down and connect with a kind of faith that transcends forces of the unseen. I was able to figurately stand and look that ghost town’s exit sign right in the eye. The place?

I’m on restricted activities, so I can’t do the yoga at the moment, but that’s ok, I went for the lesson.

In that hour, cleansing tears flooded these cheeks as our instructor talked about a medical journey she experienced.

How crazy is it that on a random Sunday evening, at a class I wasn’t even supposed to go to according to the doctors, that HER experience spoke directly to me?

It was in those moments that it occurred to me, that my bumpy, full of pot holes medical journey, may help actually help someone else.

There are some beautiful views on this main road of life. Guess what?  It turns out that there are some amazing scenic byways as well and they are on the signs clearly marked “Detour Ahead.”

31 thoughts on “Detour Ahead”