Isn’t it nice to have a change of scenery?

After we left Alabama, we headed west on highway 90 through the Mississippi coast towns and made our way into Louisiana.

We spent Saturday night at a little town on highway 1 and had the best Cajun food at the cutest restaurant, called Me-maws. You want to talk about feeling welcome, they were so kind, and the food was unbelievable.

Yesterday, we arrived at the island and the beautiful place we are staying. From the yard, deck, and living room we can see the Gulf of Mexico.

The area itself has a homey feel to it and reminds me of our lake cabin back home. Maybe that’s because there are lots of fishermen with boats here, as well as shrimping boats.

After we unpacked, I went for a walk and as I topped a dune, I was so surprised to see flowers! Red and yellow beauties sitting at the ocean’s doorstep and then a vine on the sand with something similar to Morning Glory.

A few steps later, I saw the water. It laid itself out before me like a giant canvas, with sand that seemed to carry on forever. It was simply gorgeous.

We spent Mother’s Day evening at the water. The seagulls were having themselves a time arguing over fish, I found a few sea shells, and  Little Bit had a ball in the waves. It was the perfect beginning for the week ahead at the same ocean, new beach. 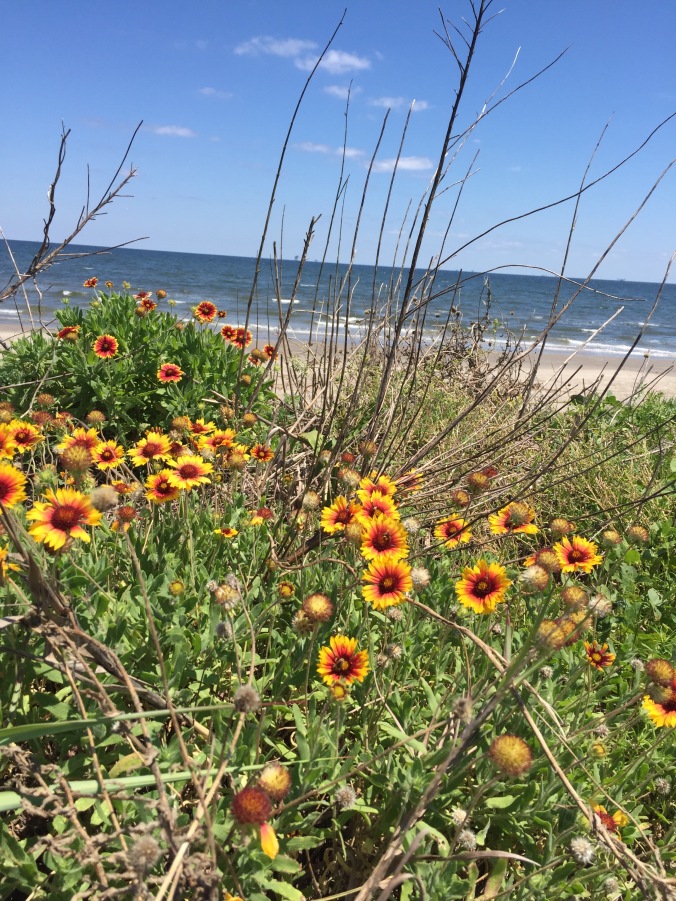