Have you ever had a stray animal show up at your house?

We live in the country near a county road, so that’s a common occurrence around here.

Last year, besides that crazy wild possum that showed up, there were three stray cats hanging out in our backyard.

They’d kind of come and go. We’d feed them while they were around, but then they were gone and we didn’t see them again.

Several weeks ago, a little boy kitten with gray stripes and white feet appeared on our deck. All three of us were instantly smitten!

Every evening for a week, we’d sit on the deck in hopes that he’d get used to us, and maybe stick around.

Every night he came to eat and a little more each day, we fell in love! Little Bit even picked out his name.

Then, he was gone.

Well, that’s the nature of life in the country. I tried to not be heartbroken about it, and kept myself busy with the daily life of this and that.

A week later, out of nowhere, he returned! I tell you what, I think our hearts burst wide open! We were so excited to see him again!

He is the sweetest thing! At about a year old, he’s so much fun. He’s different than our two girl cats- he lets us rub his tummy!

He’d never seen toys before, and a few days ago, he finally learned how to play with them. Sooooooo cute. He’s bats them all over the dining room, then takes a nap when he’s tired.

I’m not sure where he came from or why, but I hope he’s with us for a long, long time.

Recently, you met mom and dad’s new cat, Sara. Now I’d like to introduce you our newest little sweetheart, Skunk. 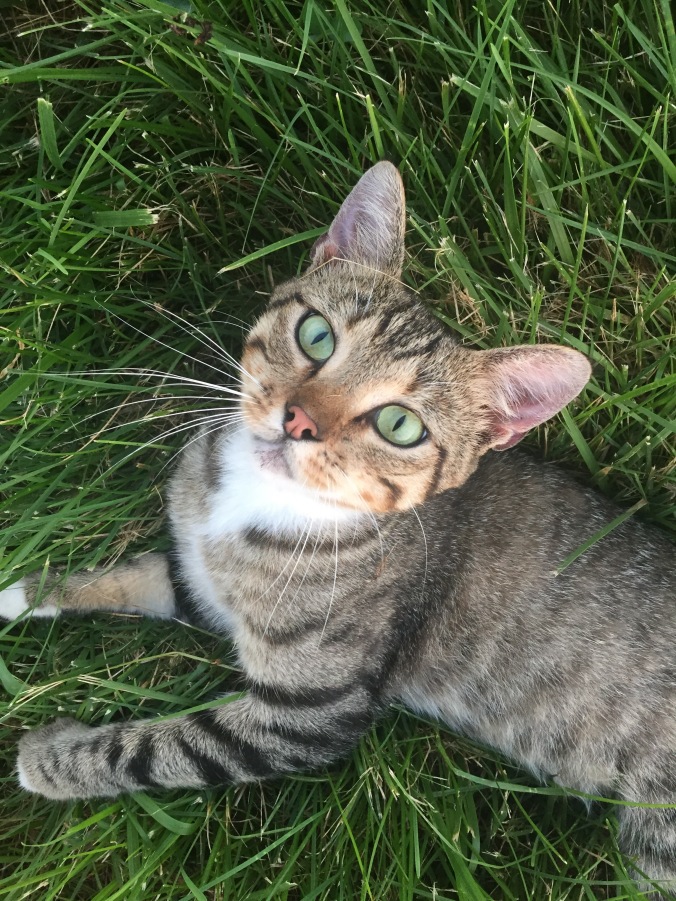 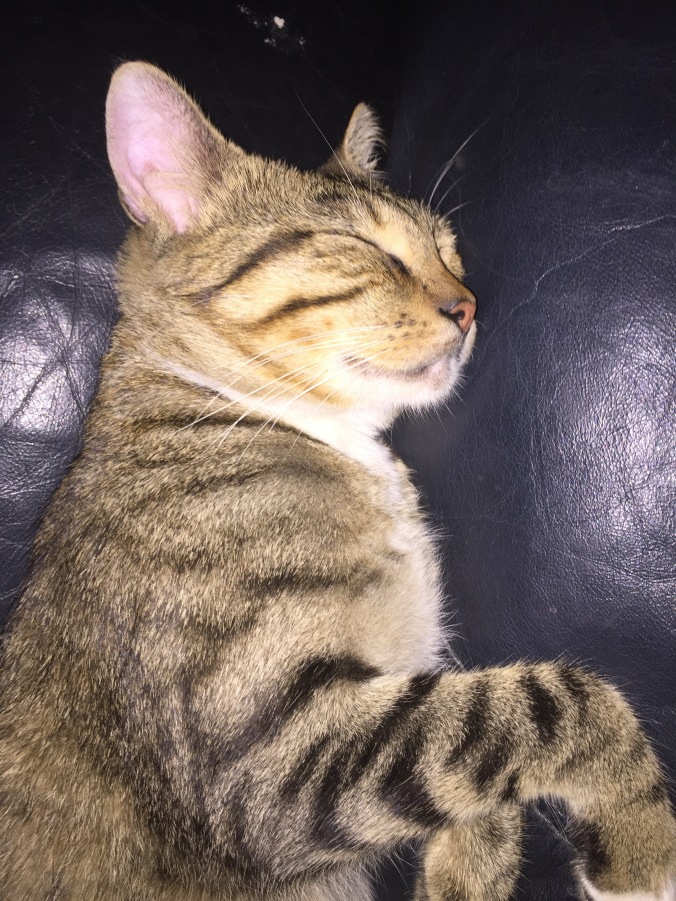 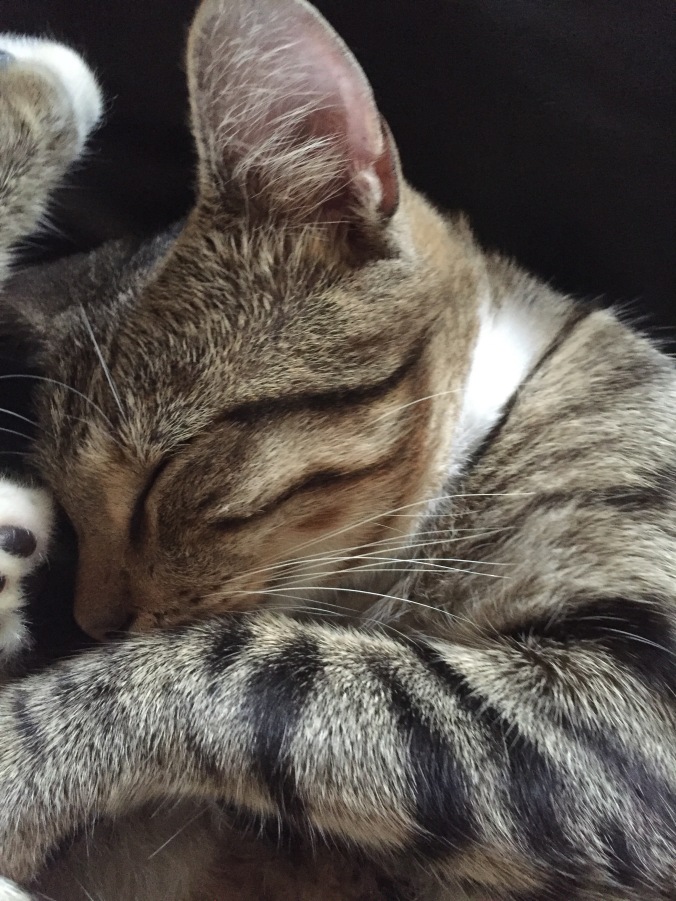 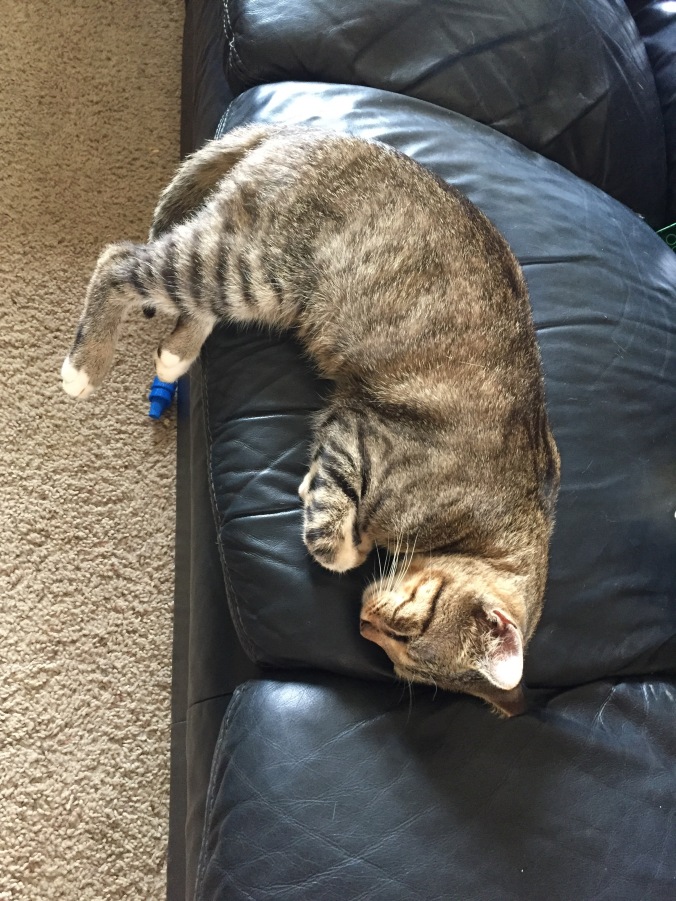